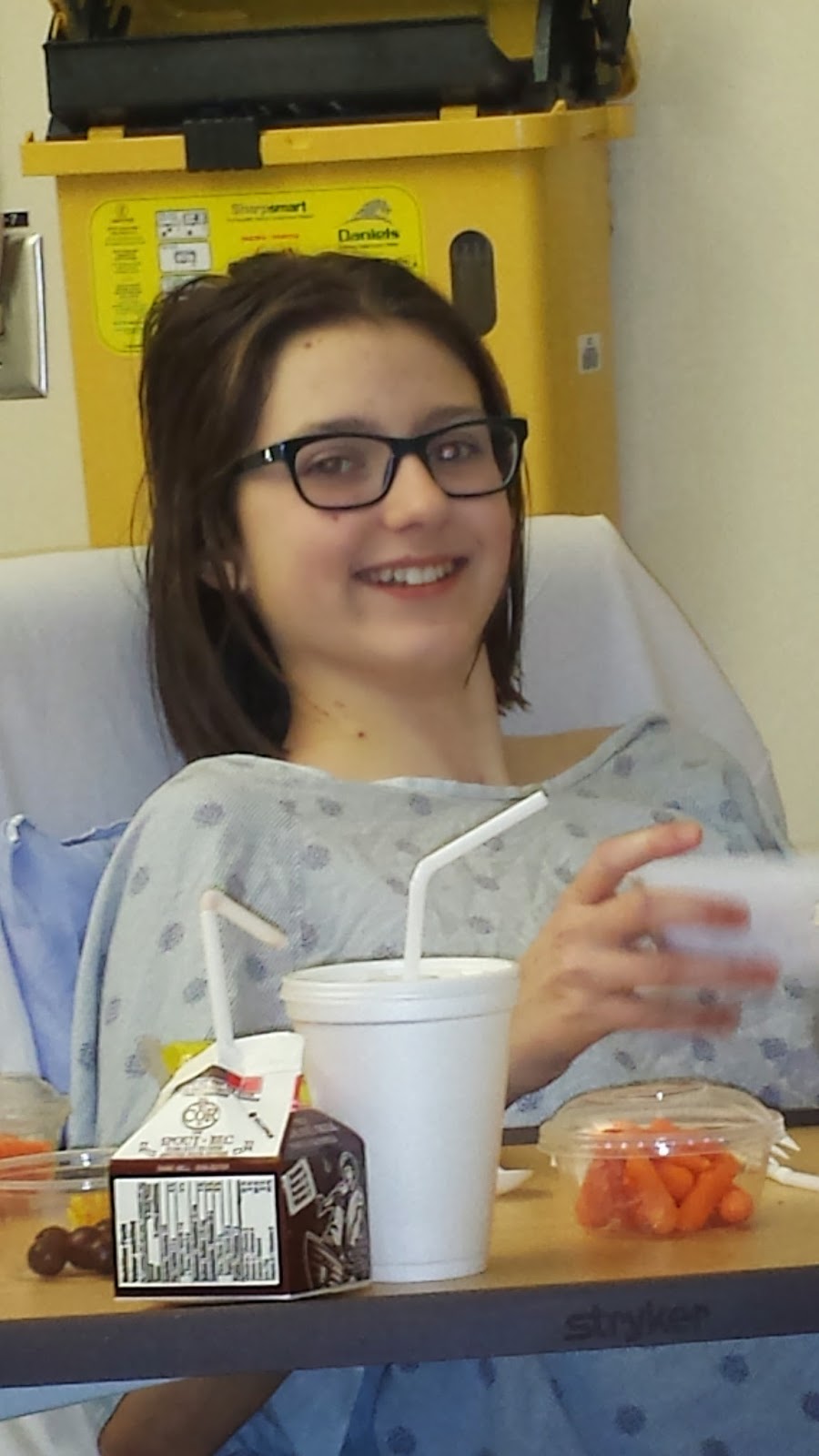 Posted by Jodi13 No comments:
Email ThisBlogThis!Share to TwitterShare to FacebookShare to Pinterest

Just a quick update from evil night 6 on 3 B.  Avery found it impossible to get comfortable in her bed, and just when she would settle down, the urge to pee would hit - like every 97 minutes - so we'd get up to take care of that, then spend 80 minutes getting comfortable... you get the idea.

At 4:00 she thought I was sleeping too soundly, so she decided to just go to the bathroom by herself. Like got out of bed, slippers on, all by herself. Unfortunately for her, she dropped her gown on the floor and I jumped up to find a nearly naked Pants just standing there. That wake up worked out as she was due for the 4 hour pain meds, and I had asked that if she was (finally) sleeping to skip that dose.

So far this morning (let's say morning started around 7) she has been down the hall to the washroom three times, nibbled some breakfast, sat in her chair for an hour and is back in bed waiting on the physiotherapist and x - rays.

I am still holding out for a nap, so my uber comfortable hospital cot is still in bed form (it converts from a chair). 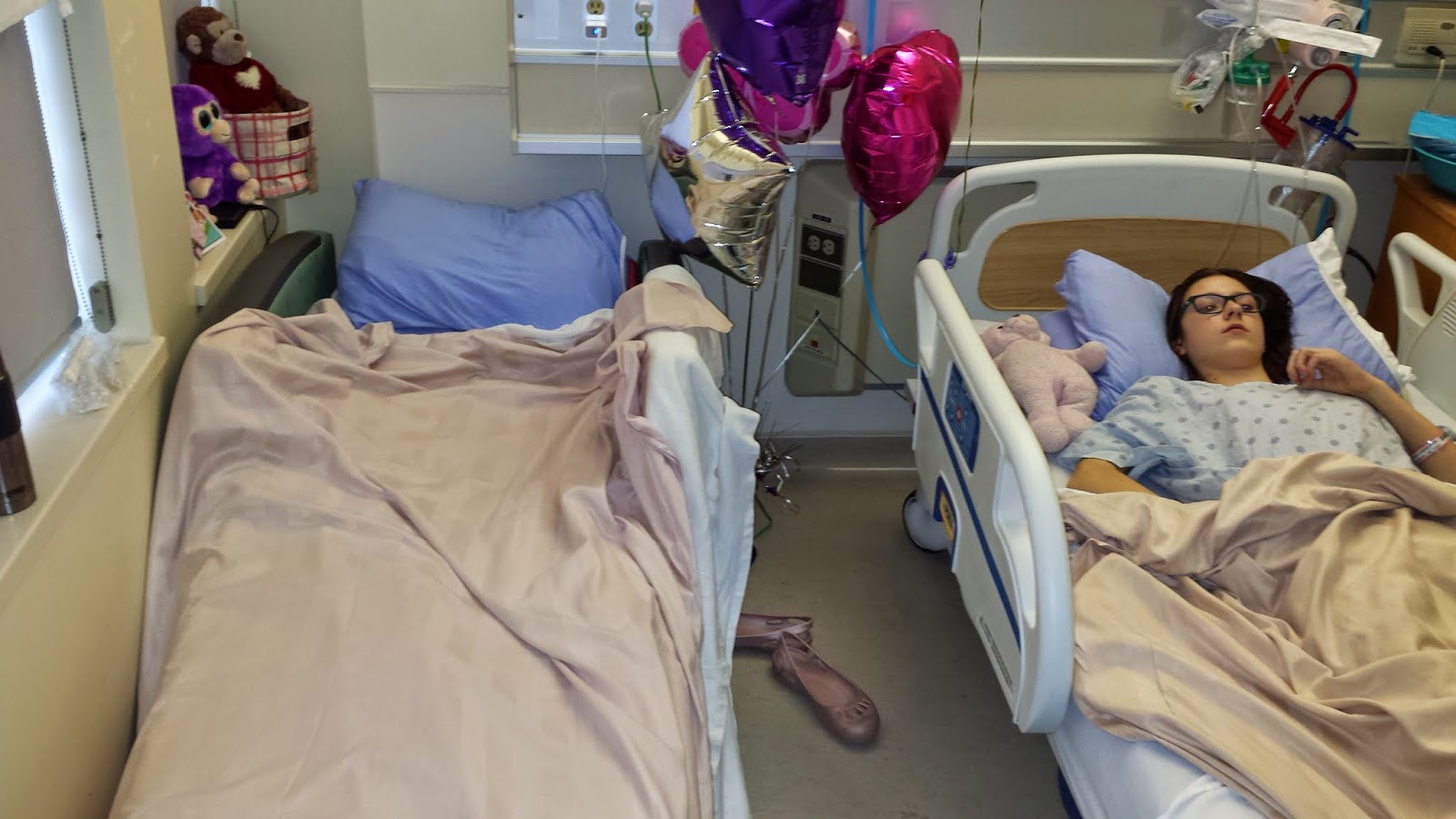