I was uncertain what the anniversary of Pants' surgery would bring. A year ago I was going through something that, even as a writer, I found almost completely indescribable. Part of me hoped that January 20, 2016, would feel triumphant - a giant middle finger to scoliosis and all the fear, trauma, and anxiety it caused my daughter as well as myself and the rest of our family.

Instead, it was a slightly numbed and not-quite-disassociated repeat of the original emotions. It followed me around all day. Every minute I found to sit and reflect took me back to the same time of day a year ago. It shouldn't have been like that. At least, that's not what my expectation was, and it was all quite a bit more overwhelming than I think I was prepared to manage, especially considering that I was out of the country and couldn't even seek refuge in the warm embrace of Princess Pants, The Dude, or my wife.

Yesterday morning I woke up and checked my email and did some Facebooking as I normally do and I took a gander at the blog. It turns out that on January 23 of last year Pants took her first steps since the surgery! I felt that the one-year anniversary of that momentous event deserved another just-as-momentous event (in fact, Jodi came downstairs shortly after me and had the same idea).

A little history:
During our last visit with Dr. Missiuna, he cleared her for all activities - except one. No trampoline! He also said her X-rays looked spectacular and that he wouldn't be seeing her for another twelve months. I thought one of us would have done a post back in December, but it seems we were too caught up in the holidays (and thinking about Gonzalo) to boast about this wonderful news.

(Also, one thing I noticed about her X-rays was that there were no longer any gaps in her spine! Normally you would see vertebra - space - disc - space - vertebra - etc... but in Pants' case, it was just one big spine.)

Another thing was her upcoming class trip to the local ski hill. I signed up as a volunteer for this trip and had every intention of ensuring that I was never more than a few feet away from her the whole time (because what 13-year-old girl doesn't want her dad following her around on a class field trip?)

To say I was nervous about it was a bit of an understatement.

So, back to yesterday. Jodi and I decided that since the weather was nice and there was snow on the hill that I'd take Pants out for a couple hours of skiing and see how she made out. If she was shaky and needed a refresher lesson I'd sign her (us) up for one for one of the couple weekends prior to the ski outing with her class (and me).

Okay, so maybe it's one of those over protective parent things, but at the top of the hill before our first run, I was ready to vomit. The good news is it only took Pants three turns before she felt right at home back on the slopes and well before the end of the day she was trying to find bumps to jump off. I even saw her catch a few inches of air once or twice (more good news: I survived at least one or two heart attacks yesterday!)

She said to me afterwards, "I was nervous but after a few seconds my body was like, 'Hey, I remember how to do this!'"

After every run (which only took about a minute as the hills are small) she was positively beaming. Most of the time I could only see her eyes through her goggles and for three hours yesterday the only thing I saw was pure joy.

What a difference a year makes!

P.S.
Last night as we were heading out to get burritos for dinner the most beautiful full moon was rising. After we ate dinner I ran out with my telescope and my Nikon and captured a few pics and declared that the first full moon of the New Year shall hereinafter be referred to as Avery's Moon. 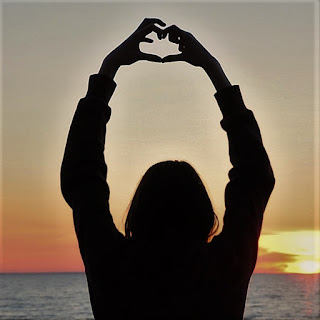