Another eventful day at McMaster. Avery showed her stubborn side this morning by refusing to do her physio until I got here, even though she knew that would be after 1:00.

As not to totally embarrass her, let's just say she ticked one of the 3 things she needed to do to be able to go home off that list ;)

The physiotherapist arrived around 2:30 and we had already gotten the room all prepared so as not to waste any more of her time.  Avery was entirely bewildered about how it was she was supposed to get from lying to standing, but after a little refresher got to upright. She walked twice as far as she did yesterday and even a little faster. She'll be scooting down that hallway in no time. And Andrew and I were cleared to be her hall shuffling escorts - so if he is back tonight perhaps we will try to get that second walk in after all.

Since she was feeling a little flushed, we just did up her gown instead of adding the robe today - which only sucked for the entire time she was sitting as I hadn't been quick enough to untie the back and she found it terribly restrictive to sit in. While she was in the chair I wiped down her legs, I guess that is almost a bath. After just under an hour, she was so uncomfortable she felt she needed back in bed. We did manage to get her some fresh sheets and a clean gown. I hope we are getting closer to losing some of her tubes and lines,  but have decided asking doesn't really do much for us

I was quite pleased when Avery ordered the fish sticks for dinner - and when they came she even ate 1.5 of them. Protein for the win!

Otherwise, it seems Pants keeps herself quite cool so the finger monitor keeps not being able to get a proper read. The one nurse was going to try a toe, but then felt her ice brick feet and  immediately went to find a heated blanket to wrap around her toes.

So now we wait for Pants' wishes for the night. Andrew is planning on coming back, and I promised the PT I would be back by 9 am,  but we'll see. Sometimes a girl just wants her (less snoring) mother as her roommate.

If anything else exciting happens, we'll be sure to post. 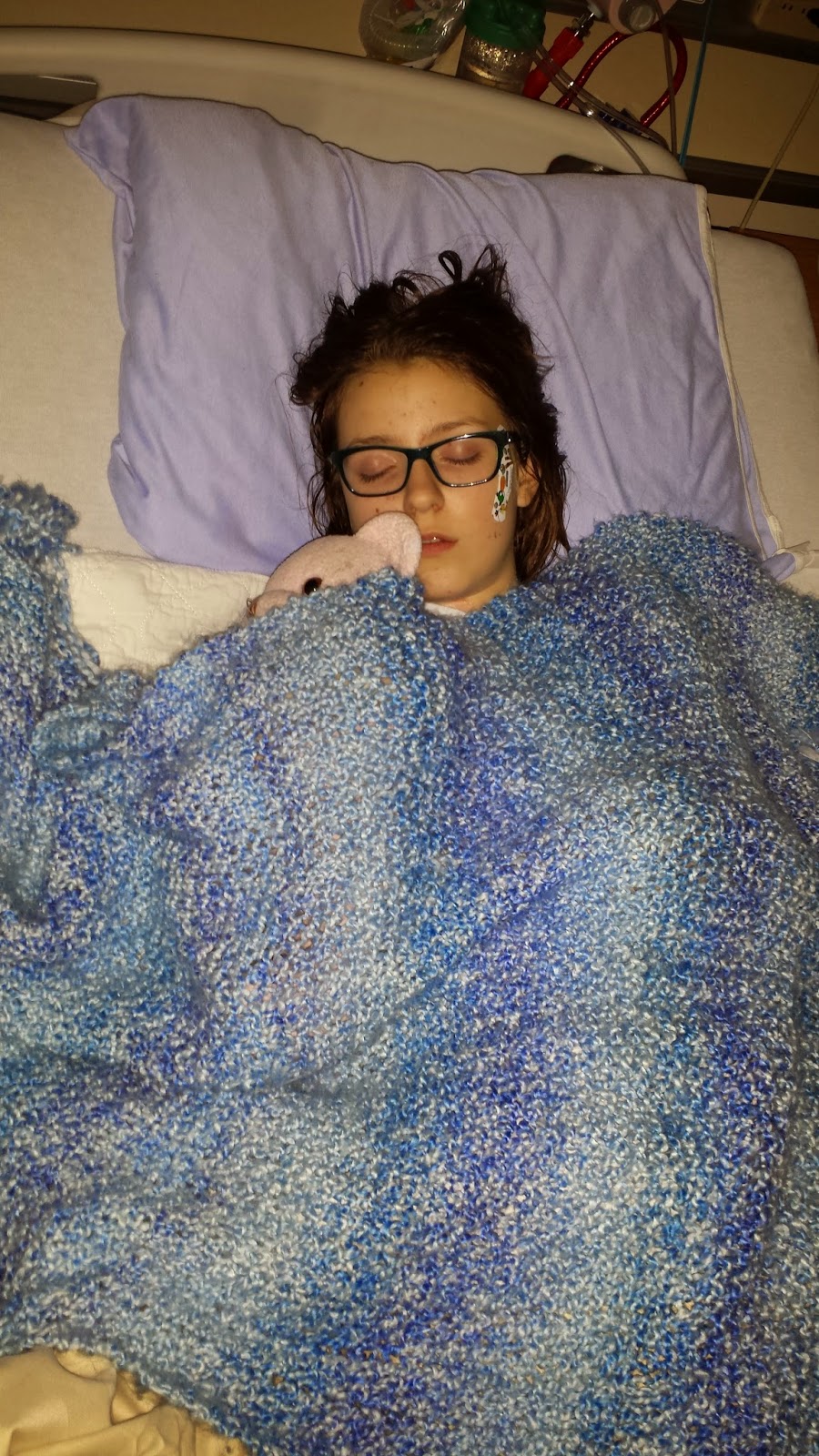